Gov. Asa Hutchinson will be among the speakers when Arkansas Tech University hosts an opening event Wednesday, Feb. 5, for “Rescuers: Portraits of Moral Courage in the Holocaust,” an exhibit of photographs by Gay Block.

The opening event will start at 2 p.m. in the Techionery building, 1502 N. El Paso Ave. in Russellville. Admission is going to be free and available to the public.

The exhibit will remain offered at the ATU Museum in the Techionery weekdays from 8 a.m.-5 p.m. with the end of March 2020.

“Rescuers: Portraits of ethical Courage in the Holocaust” consists of portraits captured by Block during the late 1980s. She and her collaborator, Malka Drucker, photographed and interviewed approximately 100 non-Jewish Europeans who risked torture and death to save Jews during the Holocaust.

The resulting exhibition was featured in the Museum Modern of Art in New York in 1992. A separate traveling show traveled to 50 venues over 11 years.

“Each rescuer was so different-was their own person,” said Block inside a 2019 interview using the Ny Times. “There wasn't any kind of formula. But when we met them so many years later, they didn't also have such an easy life. It had been the biggest privilege of my life so that you can meet these folks.” 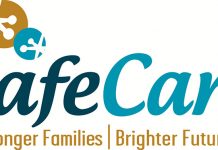