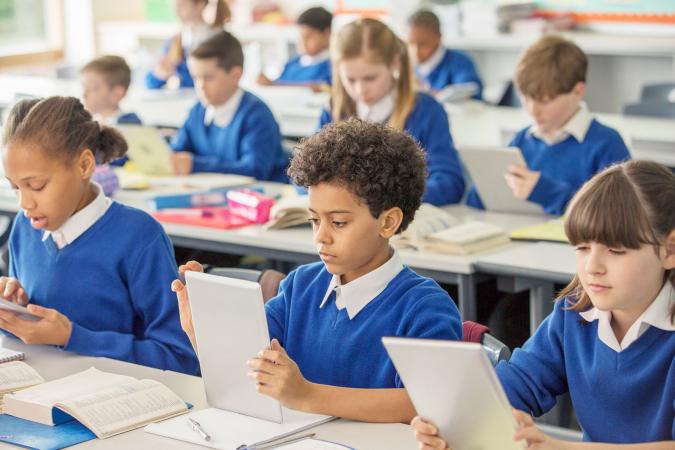 Read coverage of this report in The Daily Caller, Breitbart News, and also the Federalist.

BOSTON – While U.S. academic performance has declined since the broad implementation of Common Core, school choice programs are increasingly hamstrung by regulations that require private schools to consider a single curriculum standards-based test as a condition for receiving public money, based on a new study published by Pioneer Institute.

“When states mandate a particular curriculum standards-based test, private schools are essentially necessary to adopt the curriculum content and pedagogy which the exam relies when they wish to increase the probability that their students are successful,” said Theodor Rebarber, Chief Executive Officer of AccountabilityWorks, instruction nonprofit, and co-author of “Common Core, School Choice and Rethinking Standards-Based Reform.”

Under tax credit programs, parents paying tuition or others that donate money receive a tax credit. The authors find that in 95 % of cases, these programs are not subject to curriculum-based testing mandates.

Common Core is the logical endpoint of nearly 30 years of Congressionally-mandated centralization through 'standards-based reform' which has moved key curriculum content, sequencing and pedagogical decisions away from local school systems and educators to the state and national levels. Rather than the promised accountability for results or informed school choice, the end result at the local level is a culture of compliance (“alignment”) that has intruded in to the core function of curriculum and teaching.

“With its near-monopoly status distorting the textbook along with other instructional materials markets,” said Neal McCluskey, director from the Cato Institute's Center for Educational Freedom, who co-authored the research with Rebarber, “Common Core blunts the innovation, dynamism and competition that is the heart of the school choice movement.”

The authors find that after several decades of just incremental test score improvements, which started prior to federal requirements for curriculum centralization, since Common Core was implemented in 45 states and Washington, D.C., student results are showing the first significant declines in achievement, especially for students who were already behind.

Fourth- and eighth-grade math scores were down overall around the 2019 and 2019 National Assessment of Educational Progress. The declines among lower-performing students (bottom quartile) were even steeper. Fourth- and eighth-grade reading scores were flat, with declines among lower-performing students. Simultaneously, the U.S. isn't any closer to the internationally competitive performance in math and science observed in top-tier developed nations.

Instead of accelerating the curriculum to more complex topics and following the practices of leading international competitors, Common Core's politically-driven process led to the adoption of the mediocre curriculum sequences used in numerous mid-performing states and promoted progressive instructional dogmas shared by its developers.

The authors don't recommend the adoption of a different set of national curriculum standards; rather they propose reducing federal mandates and permitting broader state experimentation.

At their state level, the authors identify two possible avenues for reform of public schools. The first is for states to emulate the pre-Common Core Massachusetts model, to which the state engaged a group of visionary curriculum standards drafters to develop clear and ambitious academic goals approximating the highest quality public and private schools. The reality, however, is the fact that most states have not been successful in implementing this model as well as Massachusetts recently has moved from this approach in support of the flawed Common Core.

Instead of the current federal mandate requiring that each state adopt a single, homogeneous set of curricular standards and test-driven instruction, states might be permitted to allow local districts, vocational-technical, and charter public schools to use the curriculum that best fits their demands and choose from the number of state-vetted assessments those that most closely align towards the local curriculum.

Rebarber explains that “it means no more the current misguided type of the national or state testing tail wagging the neighborhood curriculum dog, which parents oppose. The result would be a surge in investment at the national and local levels in far more diverse curricular and pedagogical models that do not conform to politically-established, lowest common denominator government curriculum standards.”

To empower states interested in such reforms, when the federal Elementary and Secondary Education Act is next reauthorized, scheduled to happen in 2 years, the authors recommend that Congress eliminate the mandate that each state impose a single statewide set of curriculum standards and permit states to test out diverse approaches to accountability.

In a foreword to the study, University of Arkansas Distinguished Professor of Education Policy Patrick J. Wolf likens Common Core to “scientific management,” which is based on standardization and command and control, and school choice to “liberation management,” which is marked by decentralization, choice and competition.

“Diversity has long been a hallmark of these United States, especially in the area of education,” Professor Wolf writes. “At its essence, this fine report provides for us reasons, a minimum of in K-12 education, to favor more pluribus and fewer unum.”

Neal McCluskey is the director of the Cato Institute's Center for Educational Freedom. He is the author of the book Feds within the Classroom: How large Government Corrupts, Cripples, and Compromises American Education and it is co-editor of Educational Freedom: Remembering Andrew Coulson, Debating His Ideas.

Patrick J. Wolf is Distinguished Professor of Education Policy at the University of Arkansas. He's led or assisted with many of the key evaluations of non-public school voucher programs in the last 15 years, including recent reports of programs in Washington, D.C., Milwaukee, and Louisiana. 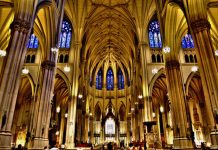 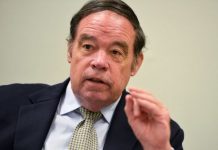